Skip to main content
Watch Intro Video
Now it's time to feature it in YOUR World! Take the first step and learn how to master your breath. It is the key to lowering your stress, and controlling your emotions. Reclaim your health! If you'd like to ease into this work gently, click the link below. If you are ready to seriously level-UP and go all-in, keep reading!
Take the first step! 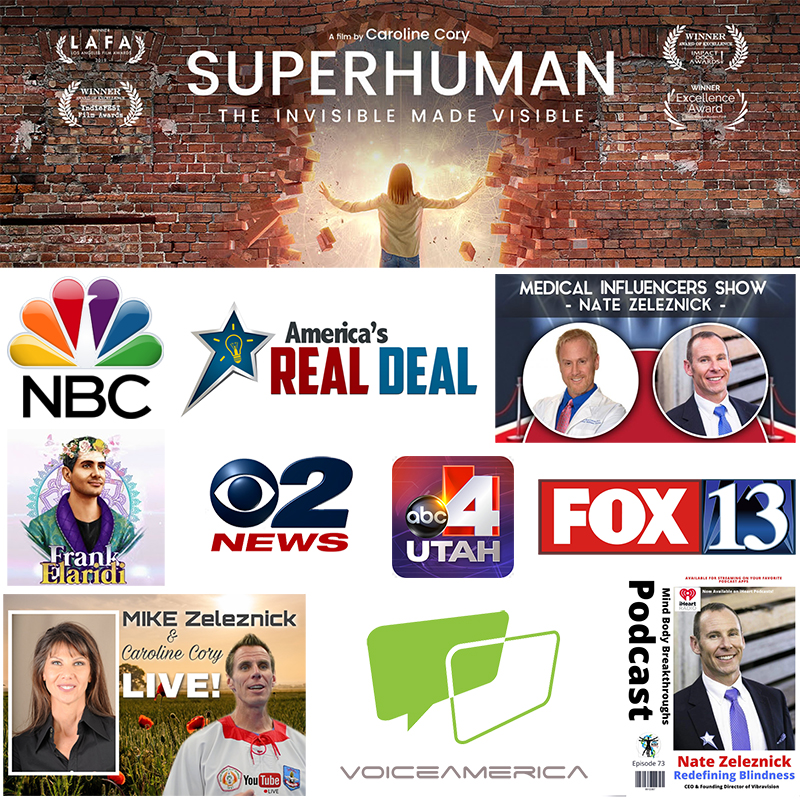 The fastest way to activate the Pineal Gland

"This is probably the most powerful, the most influential, the most expansive, the quickest way to activate your pineal gland. If you're excited about having SUPERHUMAN powers, definitely come [to an Immersion], but just know that you're going to receive infinitely more than that."

Become the best version of yourself

“Since beginning the Vibravision Energy Expansion Program (VEEP), I’ve experienced remarkable improvements in my respiratory system, energy sensitivity, and overall awareness. I highly recommend this course for anyone looking to expand their consciousness, strengthen their body, and become the best version of themselves!”

I've done a lot of other energy and martial art systems over the past 20 years for a lot longer and haven't come close to developing the experiences I had with just 5 days in this course!

MP USA (Vibravision®) is an incredible training opportunity for improving your health and well being. In addition to their tremendous martial arts program, the health and wellness development can help cultivate your physical as well as mental well being.

The breathing techniques are a GAME CHANGER!

I’m so glad I found this place! The owners are two of the most amazing people you’ll ever meet. The meditation methods and breathing techniques they teach here have been a game-changer for me. I would recommend this to any of my family and friends.

This gives me ENERGY!

I highly recommend it to everyone! It's fun. It gives me energy, a good workout, a positive environment, and time for myself. I always leave each lesson feeling better than when we started, ALWAYS! This is also a great course for individuals and families to get all those benefits as well. You've got to do it, then you'll feel it, and you WILL love it! 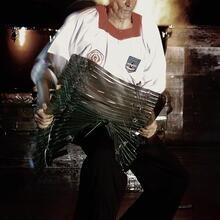 When Mike Zeleznick, along with his brother Nate, sponsored the first demonstrations of the Vibravision® techniques in America back in 1999, neither could have predicted the impact they would have on millions of people. Since then, they have transformed thousands of lives through their teaching of the discipline of Merpati Putih; the martial arts, breathwork, and meditation system developed by the Royal Family of Central Java nearly 500 years ago, which Vibravision® is an aspect of. Vibravision® allows individuals with visual impairments to 'see' by training them to perceive the vibrational energy of the world around them with their mind’s eye. Vibravision® isn’t only for those with visual problems, however, but for anyone looking to expand their untapped potential and release their 'inner Jedi'. Shortly after the Vibravision® demonstrations of 1999, Mike and Nate began an intense training program with Dr. Heru Hendarto MD (a former Indonesian Special Forces trainer), becoming the first EVER non-Indonesian Merpati Putih members in the world. A year later, after receiving more specialized training and being personally tested and inaugurated by the 11th generation Royal Heirs, Mike and Nate opened MP USA, an instructional academy that teaches Merpati Putih techniques to students of all ages. Their dream of spreading Vibravision® to the Western Hemisphere was beginning to come true. Since opening MP USA, Mike and his brother have worked tirelessly to increase Vibravision’s scope of influence and vision. They started Vibravision®, LLC and the Vibravision® Foundation, each founded with the explicit purpose of helping people with visual impairments live happier and more fulfilled lives. Understanding that Vibravision® is helpful for everyone, not just those with visual impairments, they have since expanded their client base to include anyone wishing to awaken dormant parts of their brain and live life on a whole new level of consciousness. Mike is always seeking ways to improve his craft. In 2013, he spent 6 months in Indonesia, training in Vibravision® with the Royal heirs, Special Forces members who use Vibravision® for Search & Rescue as well as in combat, and the best Vibravision® teachers and athletes. As the highest-ranking Merpati Putih instructor in all of North and South America, Mike seeks to use his natural teaching ability, influential personality, and passion for human empowerment to provide the very best Vibravision® learning experience possible to his students and clients. As MP USA’s Vice President and Chief U.S. Instructor, Mike has developed 10-year training curricula for four different Vibravision® training modalities. He has also prepared alternative approaches to introduce Merpati Putih to America, continually seeking to prove its viability and efficacy to Western medicine, science, and those with visual impairments. In 2021, he will help millions of people live better, healthier, more expanded lives through the power of Merpati Putih and Vibravision® both through in-person as well, for the first time EVER, online instruction. 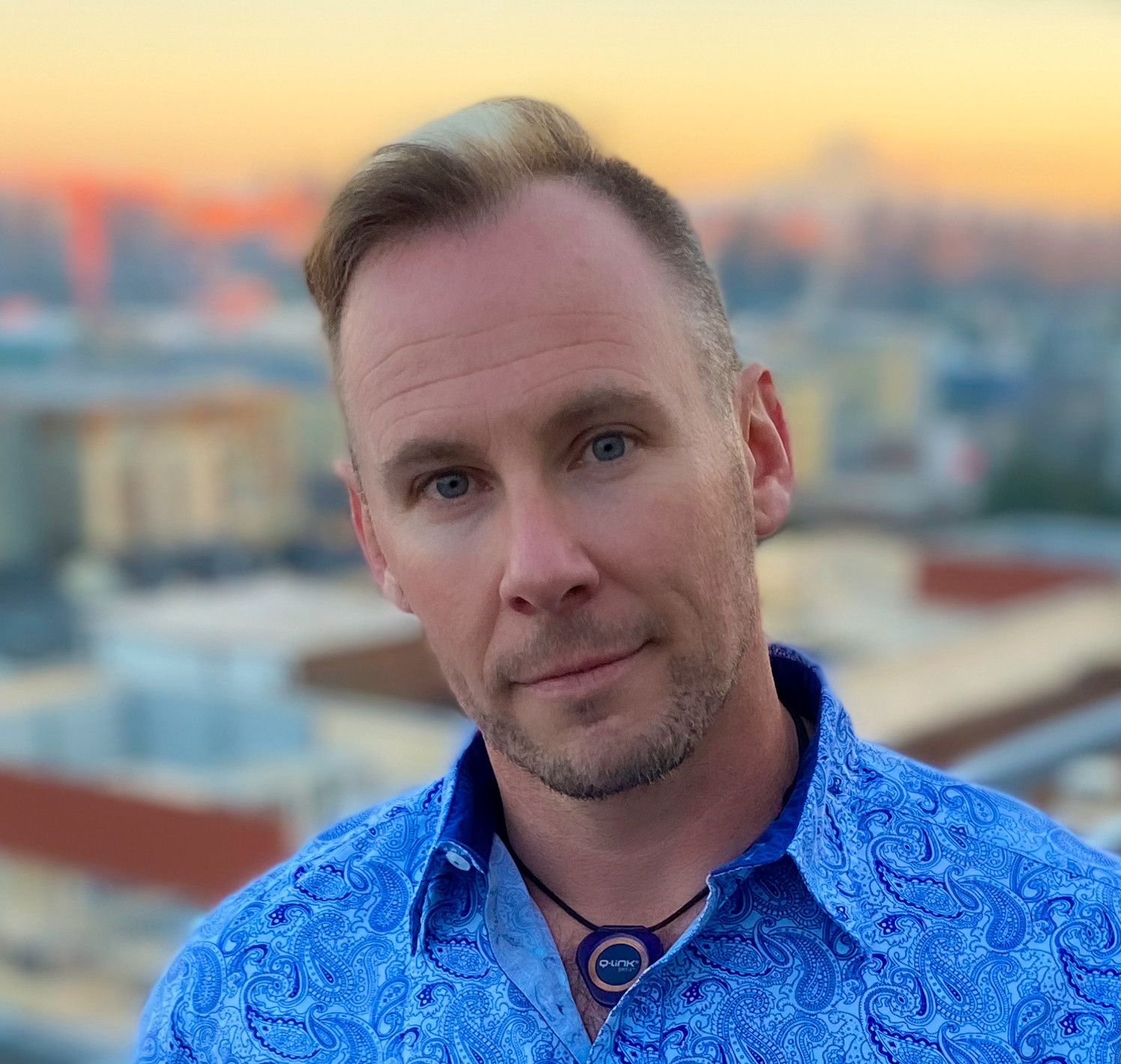 Nate Zeleznick had already been involved in meditation and energy practices for over a decade when he co-sponsored the first demonstrations of Vibravision® in the United States in 1999. Vibravision® is a multisensory development technique developed from Merpati Putih; the martial arts, breathwork, and meditation system practiced by the royal family of Central Java for nearly 500 years. Vibravision® techniques, specifically, have been used for decades in Indonesia to help individuals with visual impairments, search and rescue personnel, and Indonesia’s most elite commando paratroopers retrain the brain to perceive the vibrational energy of everything around them. Through Vibravision®, many people with no physical sight can learn to perceive the world through their mind’s eye as clearly as someone with no visual impairments. Once the Javanese Royal Family saw Nate’s dedication in spreading their family knowledge for the betterment of humanity, they did something they had never done before; allow a non-Indonesian to learn their secret art. Months later, when he and his brother Mike completed an accelerated candidate training program under Dr. Heru Hendarto MD (a former Indonesian Special Forces trainer), they became the first EVER officially recognized non-Indonesian Merpati Putih members in America. A year later, they hosted both of the 11th generation Royal heirs in Utah and were personally tested, trained, and inaugurated by them. They were then given the honor of opening MP USA, Inc., a fully integrated training academy that passes the Merpati Putih family knowledge and techniques on to students of all ages. To this day, MP USA Inc. remains the only accredited and recognized U.S. branch of Merpati Putih and Vibravision®. Both Nate and Mike have traveled extensively throughout Indonesia learning from, training with, and being testing by, other Merpati Putih masters, as well as the Royal Family members themselves. In addition to his role as CEO and Senior Instructor at MP USA, Nate also channeled his insatiable drive for excellence and empowerment into founding The Vibravision® Foundation and Vibravision®, LLC. Both were started with the sincere desire to help visually-impaired Americans discover the inner strength they need to live healthier, happier, and more fulfilled lives, with a sense of awareness and freedom they’d only dreamed of. They have since expanded their client base to include anyone seeking to unleash their mind’s dormant 'Jedi' potential. To date, they have received the endorsement of Vibravision® from numerous professionals in the fields of Medicine, Naturopathy, Optometry, Military, Physics, Neuroscience, Consciousness Research, the Blind Community, and many more. Nate’s social personality and innate ability to build relationships have allowed him to create valuable partnerships both within and outside the martial arts community. These ecosystem mergers with key clients, vendors, and professionals inside the business, entertainment, optical, scientific, and medical fields have all led to increased engagement and awareness of the Vibravision® brand and vision. To this day, he continues to work tirelessly for each branch of the Vibravision® enterprise, forming key joint venture partnerships, transforming operational processes, researching emerging trends, and integrating new media and marketing practices, all to bring the benefits of Vibravision® to as many people as possible. Nate is also the owner of ZTEC Health Solutions and is a Certified Emotion and Body Code practitioner. He is passionate about extreme sports, all things outdoors, and seeing those around him transformed, healed, and empowered to be the best version of themselves.
Discover a new level of energy and personal power for the rest of your LIFE for only $1997
Welcome to a fun and exciting course that will heat you up inside and out! This is a small taste of the Energy Expansion Program, and we have received amazing reports of increased endurance, awareness, and in some cases rapid healing.* Simply claim your gift on our main Vibravision.com site and then enroll in the full course when you're ready. *We make no medical or healing promises or claims.
Start your FREE course 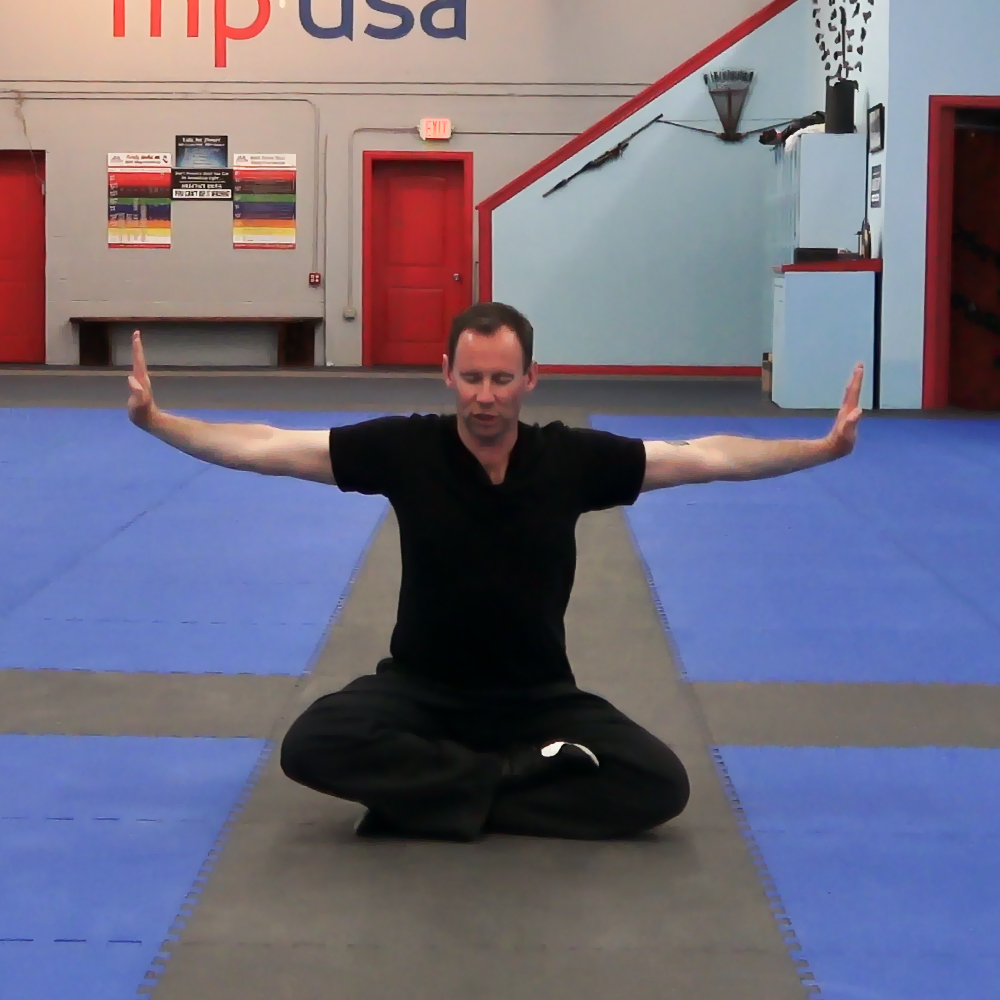